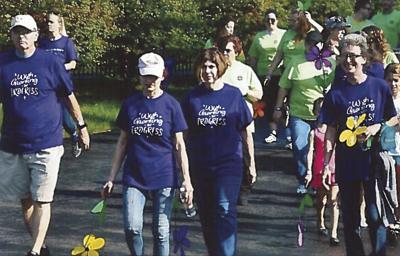 The recently released 2022 Alzheimer’s Disease Facts and Figures Report by the Alzheimer’s Association showed that the burden of the disease in the country and the state continues to grow.

The report provides an in-depth look at the latest statistics on Alzheimer’s disease in the areas of prevalence, incidence, mortality, costs of care and impact on caregivers.

More Americans are living with the disease. An estimated 6.5 million Americans ages 65 and older had Alzheimer’s as of 2021, including 280,000 in Pennsylvania.

This has resulted in many friends and family serving as Alzheimer’s caregivers. In Pennsylvania, 401,000 caregivers provided a total of 642 million hours of unpaid care, valued at more than $10 billion.

The Medicaid costs for caring for people with Alzheimer’s are estimated at $3.658 billion. By 2025, these costs are projected to increase by 10.2%.

“It really amplifies the fact that we need to address the impact that dementia is having not only on our health system, but on our families and cost of care,” said Sara Murphy, vice president of program and services, Alzheimer’s Association, Greater Pittsburgh Chapter. “This is really an urgent public health crisis.”