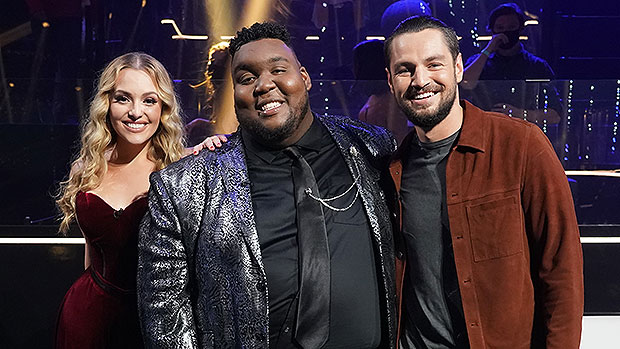 “I can tell you, it’s very close at the moment. You can’t assume your favorite is safe,” host Ryan Seacrest announced during the first hour of Sunday’s American Idol Season 19 finale, as one of the strongest batches of finalists in the series’ history — soul/pop diva Grace Kinstler, gospel/R&B powerhouse Willie Spence, and country-rocker Chayce Beckham — performed one last time for America’s votes.

The fact that Grace came in third once again proved just how truly fantastic a top three this was, because in any other season she could have easily won — just like her obvious predecessor, Kelly Clarkson. Judge Lionel Richie even gasped at that announcement, saying, “I’m in shock! I don’t know what I expected, but to lose any one of those is ridiculous!”

It could be argued that it seemed like power-singers Grace and Willie, whose Sunday performances were bold and over-the-top, wanted this win more than the eternally chill Chayce, who was ultimately proclaimed the Next American Idol. But the stoic singer-songwriter and forklift operator from Apple Valley, who topped Apple Music’s country chart last week with his self-penned single “23,” had quite a long and arduous journey to get to the Idol winner’s circle — as “23’s” autobiographical lyrics about his battle with alcoholism revealed.

A day that transcends politics

ONE MAN’S PURSUIT TO CHANGE THE ENTERTAINMENT INDUSTRY