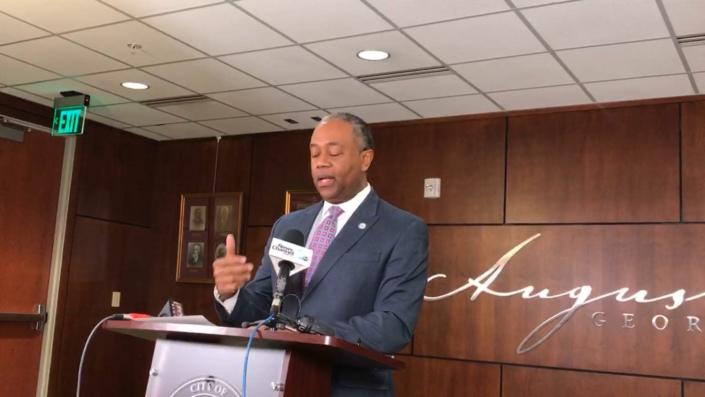 Mayor Hardie Davis Jr. is responding to an investigation by the Georgia Government Transparency and Campaign Finance Commission.

One of them deals with what the state is calling a dark money ballot committee that tried to sway voters on a 2018 ballot question.

Back in 2018, billboards showed up asking people to vote yes on a new James Brown Arena in south Augusta.

Now the investigation is tying him directly to those billboards, a claim he denies.

“I want to challenge everyone who’s talking about it,” he said during a news conference Wednesday. “Instead of focusing on a billboard, I want us to focus on building an Augusta that provides opportunity for everyone.”

Davis also denies that he was part of the group, Concerned Citizens of Richmond County, that paid for the billboard.

The commission filed a complaint Aug, 18 against Davis alleging he didn’t file his campaign contribution disclosure reports on time once in 2017, twice in 2018 and again in 2019.