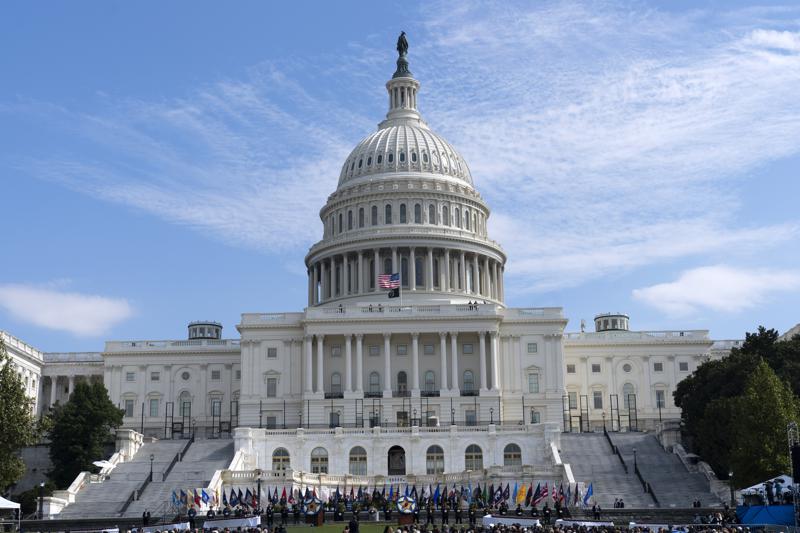 Framed by the Capitol, President Joe Biden paid tribute Saturday to fallen law enforcement officers and honored those who fought off the Jan. 6 insurrection at that very site by declaring “because of you, democracy survived.”

Biden spoke at the 40th Annual National Peace Officers’ Memorial Service to remember the 491 law enforcement officers who died in the line of duty in 2019 and 2020. Standing where the violent mob tried to block his own ascension to the presidency, Biden singled out the 150 officers who were injured and the five who died in the attack’s aftermath.

“Nine months ago, your brothers and sisters thwarted an unconstitutional and fundamentally un-American attack on our nation’s values and our votes. Because of you, democracy survived,” Biden said. “Because of these men and women, we avoided a catastrophe, but their heroism came at a cost to you and your families.”

AT&T ENDING ‘ONE OF THE DUMBEST MERGERS IN RECENT HISTORY’