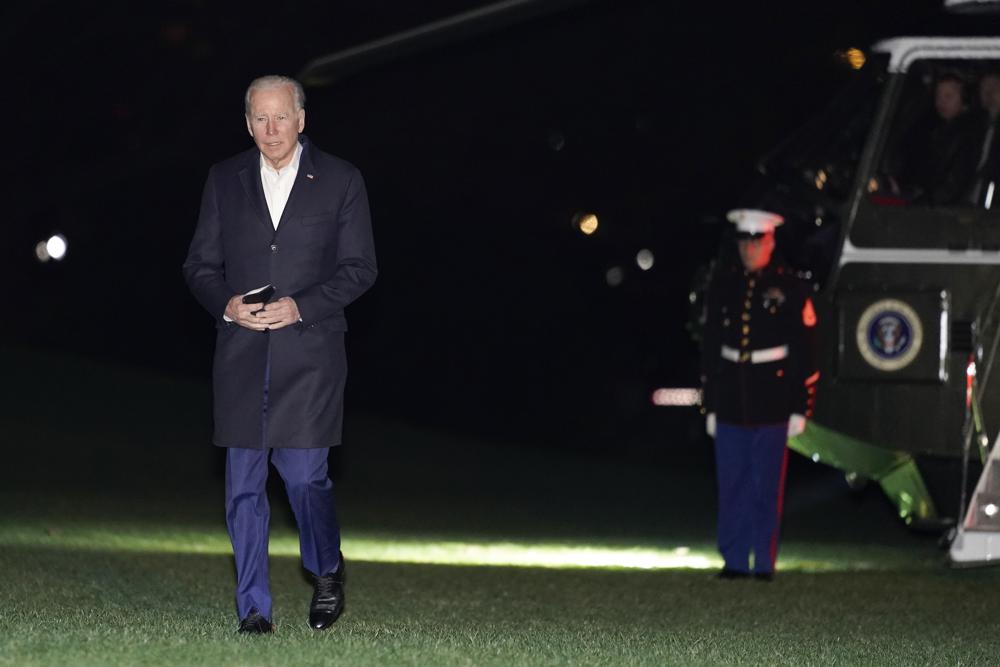 With the last nine, unscripted words of an impassioned speech about Russia’s aggression in Ukraine, President Joe Biden created a troubling distraction, undermining his effectiveness as he returned home to face restive Americans who strongly disapprove of his performance on issues that matter most to them.

His comment that Russia’s Vladimir Putin cannot remain in power— an assertion that his aides were forced to quickly clean up — overshadowed his larger message of solidifying the Western coalition that’s confronting Moscow.

It punctuated another frustrating moment for an administration that’s struggled to regain its footing — and the American electorate’s support — in the face of an ongoing pandemic, escalating inflation and an increasingly complicated foreign policy crisis that raises the specter of nuclear conflict.

Although he’s forged a united front to punish russia with sanctions for the invasion of Ukraine, polls show Americans feel no better about his leadership as the bloody war continues. Meanwhile, Democrats are in danger of losing control of Congress in November’s midterm elections, leaving Biden with limited opportunities to advance a progressive domestic agenda that remains stalled.

Key progressive initiatives stall in Congress as some on the left urge Biden to go...

California’s homeless crisis is at a crossroads. Will $12B fix it?