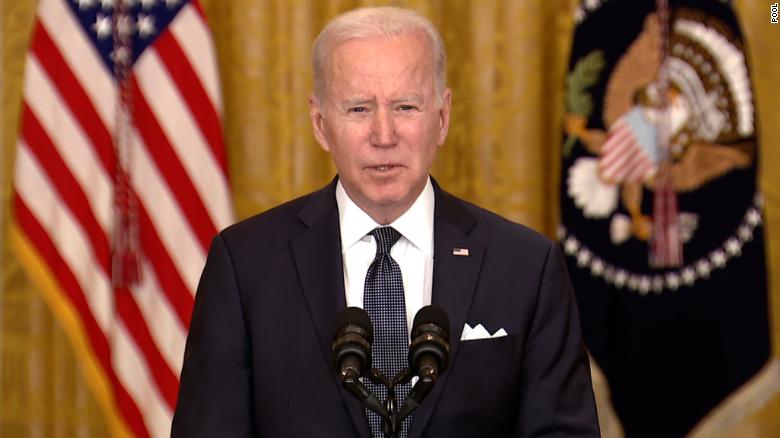 Many Americans are puzzled at being dragged into a 1970s-style Cold War showdown with Russia. On Tuesday, President Joe Biden tried to explain why the crisis matters.

After building a strong Western coalition to try to deter Russia’s possible invasion of Ukraine, Biden needed to prepare the home front for the hardships that may come for Americans, including soaring energy prices, if Russian President Vladimir Putin goes ahead. He did so in a grave White House address Tuesday that — while it may have been necessary for domestic political reasons — might also have risked a new escalation in US tensions with the Kremlin since Biden signaled no quarter on Putin’s core demands.

The world remains on tenterhooks for Putin’s next move, even after Moscow said it pulled back some troops in a possible sign of flexibility. Biden said the US had not yet detected such a movement on the ground.

The President’s speech was directed at multiple audiences — Putin himself, Russian citizens with whom he said the US had no quarrel, Ukrainians and US allies in Europe.

But the President took pains to ensure the American people heard a clear message too. This was important for protecting his domestic flank. While Republican leaders have been generally supportive of the President’s approach, there are clear signs that the GOP is laying the ground to pounce if the situation worsens.