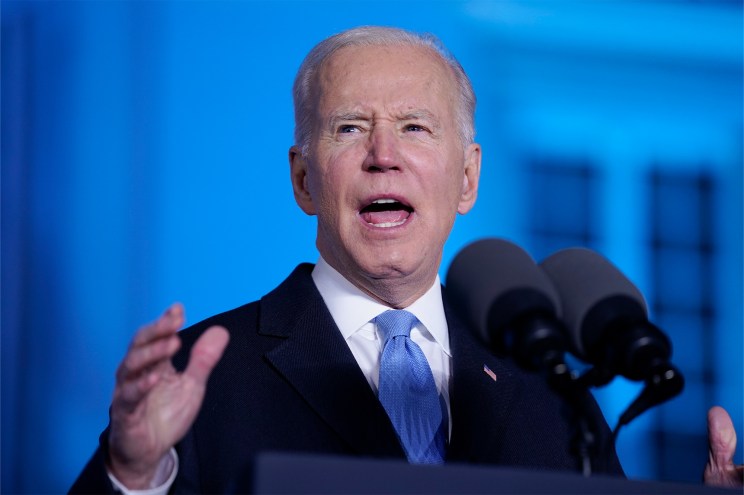 President Joe Biden made his biggest mistake yet of his European trip Saturday, ad-libbing the line, “For God’s sake, this man cannot remain in power.” The White House rapidly walked back his call for Vladimir Putin’s removal, but the damage is done.

While Biden’s age and general cluelessness are part of the problem here, the real issue is that nothing he says ever means much: He’s spent most of his public life managing never to be held to a promise, threat or expressed intention.

Yes, most of the planet is rooting for Putin’s ouster (preferably fatal), but demanding it isn’t US policy for a bunch of good reasons. (America’s not going to make it happen, for starters, and Ukraine’s overwhelming priority is simply for the Russians to stop their slaughter and leave.)

The president just got caught up in his prepared remarks, a summons to the West to unite not just against Putin’s invasion but against all tyranny (i.e., China), and said what fit emotionally.