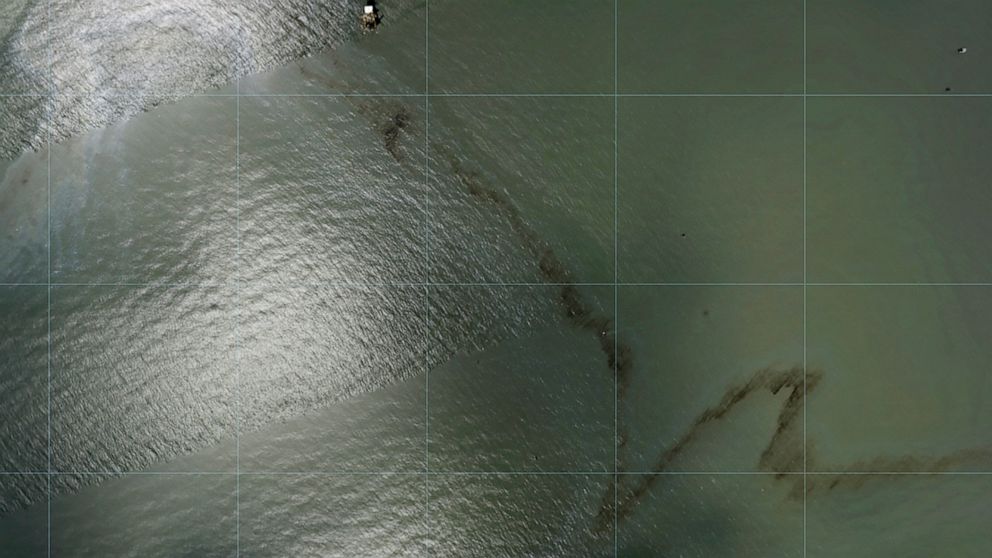 The U.S. Coast Guard said Saturday that cleanup crews are responding to a sizable oil spill in the Gulf of Mexico following Hurricane Ida.

The spill, which is ongoing, appears to be coming from a source underwater at an offshore drilling lease about two miles (three kilometers) south of Port Fourchon, Louisiana. The reported location is near the site of a miles-long brown and black oil slick visible in aerial photos first published Wednesday by The Associated Press.

So far, the growing oil slick appears to have remained out to sea and has not impacted the Louisiana shoreline.

Coast Guard spokesman Lt. John Edwards said the source of the pollution is located in Bay Marchand, Block 4, and is believed to be crude oil from an undersea pipeline owned by Talos Energy.

Brian L. Grove, spokesman for the Houston-based energy company, said it had hired Clean Gulf Associates to respond to the spill even though the company believes it is not responsible for the oil in the water.

Minimalist beauty gets a new makeup brand with Minori

Biden Signs Order to Promote Competition Throughout US Economy