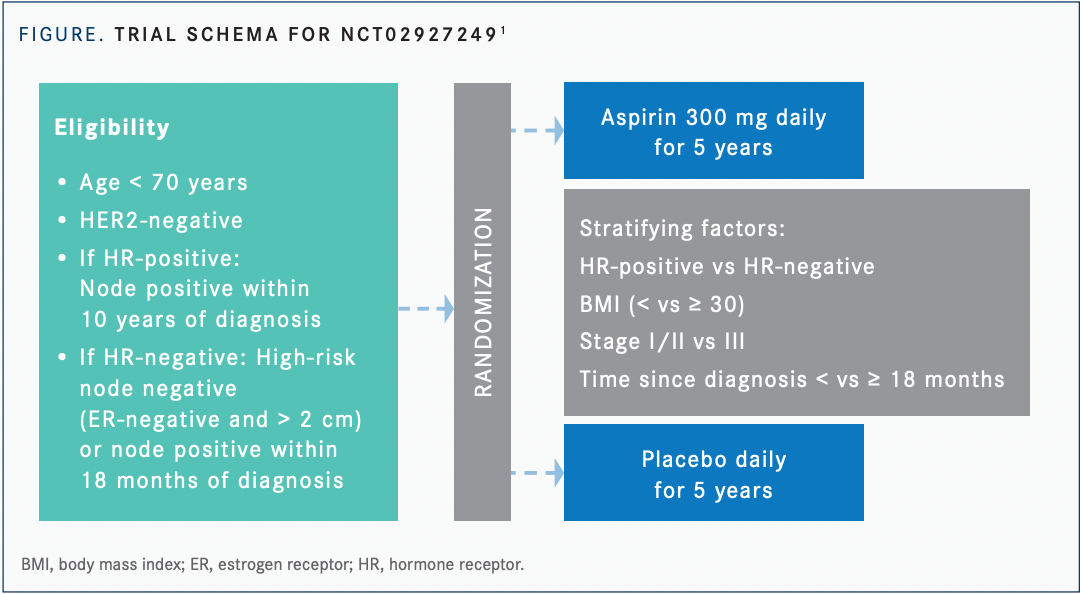 Although prior research has suggested that daily aspirin use may have antitumor effects, a recent study found no difference in invasive disease–free survival between patients with HER2-negative breast cancer who took a full-strength aspirin daily and those who did not.

“Although inflammation may still play a key role in cancer, it’s also important to remember that aspirin may have different effects in other cancers, such as colon, or in a different setting, such as primary vs secondary prevention,” study author Wendy Y. Chen, MD, MPH, a medical oncologist at the Dana-Farber Cancer Institute in Boston, Massachusetts, explained during a presentation of the data.

The study (NCT02927249), which was presented at the February 2022 American Society of Clinical Oncology (ASCO) Plenary Series,1 included more than 3000 patients under 70 years with HER2-negative breast cancer who were randomly split into 2 groups: half received 300 mg of aspirin every day, and the other received a placebo.

The main goal of the study was to compare invasive disease–free survival.

Survey: Nearly Half of Business Travelers Ready to Fly Domestically