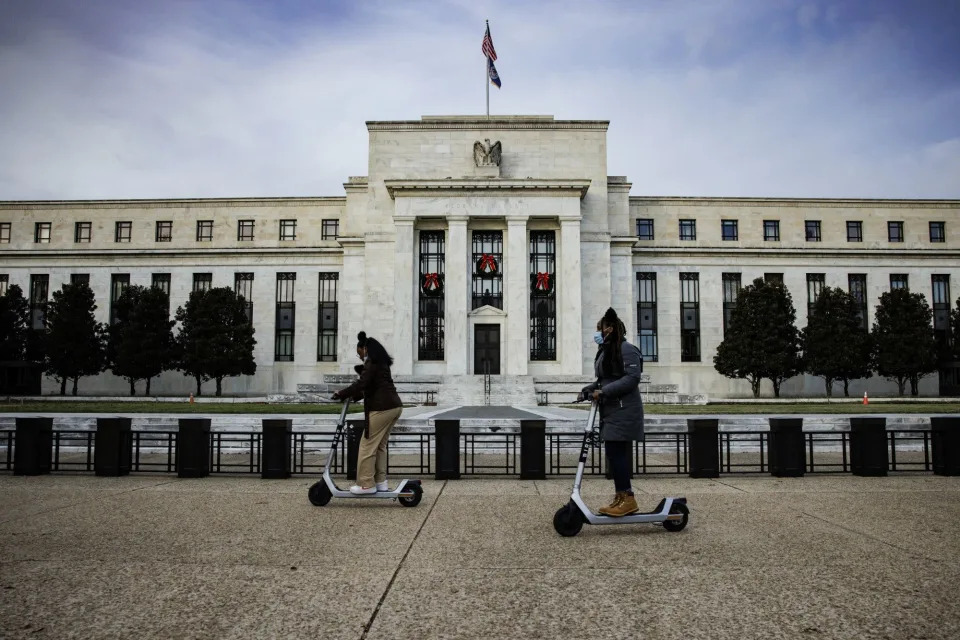 The five-year note’s yield slid nearly eight basis points to just under 1.17%, capping a wild two-day ride. After Wednesday’s Fed policy decision, which included a revised forecast of three rate increases next year and three in 2023, the five-year yield spiked to nearly 1.30%. After falling back toward 1.20% during European morning trading, it briefly followed U.K. yields higher as the Bank of England unexpectedly raised rates.

The subsequent slide reflects the view that the faster the central banks begin raising rates, the less likely they will meet their target for total hikes, according to Alex Li, head of U.S. interest rate strategy at Credit Agricole. The Fed’s estimate of the appropriate policy rate in the long run has been 2.5% since June 2019.

“The market is saying the more aggressive the Fed is early on, the shorter the tightening cycle will be,” Li said. “The market is less optimistic than the Fed about where the terminal rate is going to go.” The Bank of England’s move, despite initially pushing yields higher, is consistent with that, as are Thursday’s European Central Bank’s moves toward ending pandemic stimulus, Li said.

According to forwards, U.K. interest rates will peak at around 1.125% in about 18 months and then decline by about 30 basis points over the following 18 months.

Jefferies Is Ready to Break Out of the Bank Pack. Its Stock Is a Buy.

How Meghan could become a princess if she loses her title