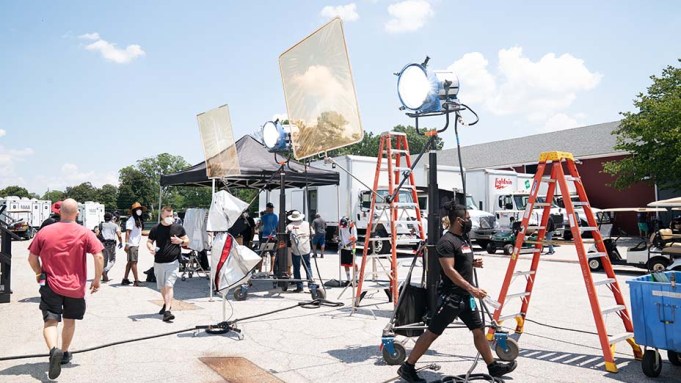 Georgia lawmakers have pulled consideration of a bill featuring a controversial measure that would have substantially blunted the state’s film and TV tax incentive program if signed into law.

The proposal, which aims to cap the amount the state spends on film and TV tax credits at $900 million a year and make it so that studios cannot sell them, was supposed to be voted on by the full Senate on Wednesday before it was abruptly withdrawn.

Sen. Nan Orrock, D-Atlanta, supported pulling the tax reform legislation to remove measures shoehorned into the bill that would impact the tax credits.

“It’s careless. It’s incautious. It’s unwise. It’s unfair,” Orrock said. “People work in this industry all across our state. Our finance committee has a process we agreed on to study the impact of tax credits industry by industry. That has not happened. This was shooting from the hip to absolutely put a poison pill in our film industry structure.”

Sen. Chuck Hufstetler, the Republican chair of the committee, said he still favors curbing the program.

“We think that many things shouldn’t be paid for by Georgia,” he said. “I can take any business, say I’m going to pay 30 percent of your costs, and I can probably make it successful. It needs reining in without losing the underlying ability to bring business here.”

Summer entertainment revival: Theaters share what it takes to bring fans back