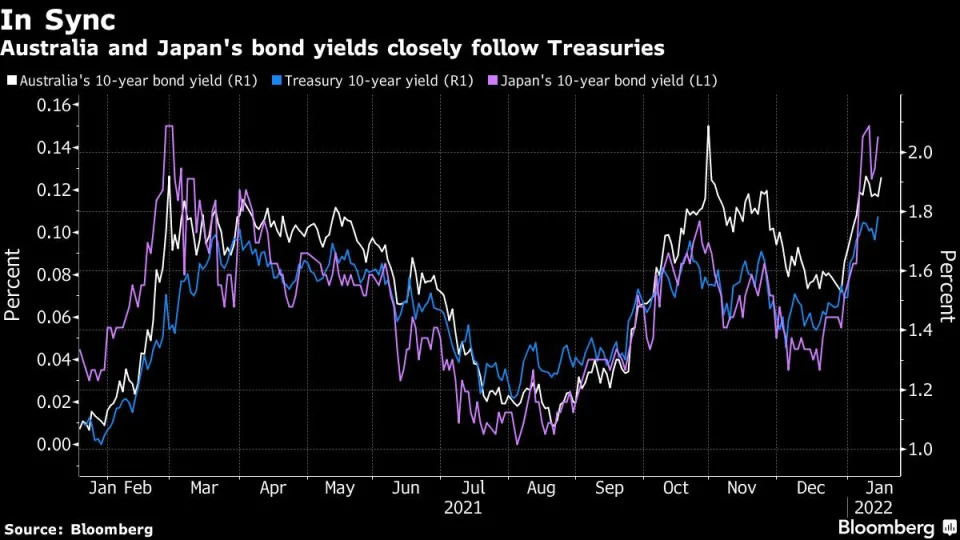 Global bond markets came under pressure Monday after Treasuries sold off on Friday on increased speculation of a March rate hike by the Federal Reserve.

Yields are rising as investors increasingly fret that elevated U.S. inflation will prompt the Fed to tighten policy faster than anticipated, with markets now pricing in just over one hike in March. JPMorgan Chase & Co. Chief Executive Officer Jamie Dimon said Friday the central bank could raise rates as many as seven times, while billionaire investor Bill Ackman argued for a bigger-than-expected 50 basis points move in March.

Faster policy tightening bets are not confined to the Fed after money markets briefly priced a 10-basis-point rate hike for the European Central Bank as soon as September, while almost 100 basis points of Bank of England rate increases are expected by November.