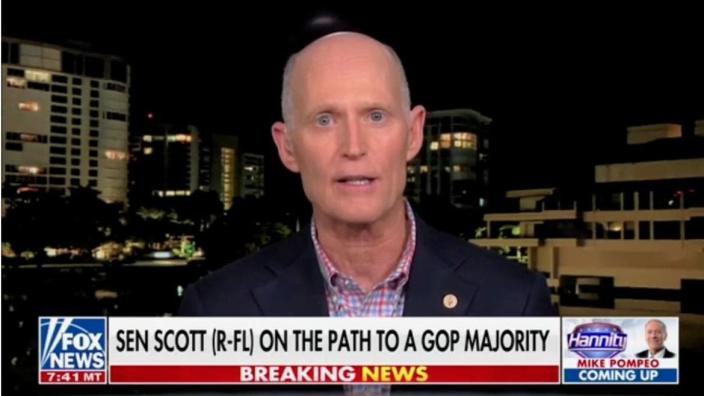 Sen. Rick Scott (R-FL) on Tuesday denied planning to raise taxes on millions of Americans even after releasing a GOP agenda that would do that very thing.

Scott’s “11-Point Plan to Save America,” released earlier in the day, calls for the more than half of Americans who don’t pay income taxes to “pay some income tax to have skin in the game.”

Yet when questioned about his blueprint for governing should the GOP win back Congress in the 2022 midterms, Scott told Sean Hannity that raising taxes is not part of the agenda.

“By the way, did you see Chuck Schumer say that your plan is to raise taxes on more than half of Americans?” the Fox News host asked. “I didn’t see that in your plan. Did you have that in your plan? Was that in invisible ink in the copy that I got?”

“Of course not,” Scott replied, claiming that as governor of Florida, he “cut taxes and fees a hundred times.” Senate Majority Leader Schumer (D-NY), he added, “is all in to take every dime you have.”

Amazon, union face off in a rematch election in New York