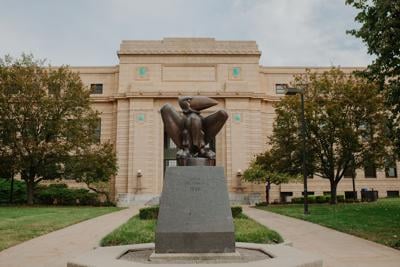 Governor Laura Kelly released her fiscal year 2023 budget on Wednesday. It includes several increases in funding for post-secondary education across the state.

In a budget report, Kelly is proposing that the state give the University and other universities the necessary money to freeze tuition for the next fiscal year and a proposed public-private scholarship fund worth $50 million for universities across the state, among other proposals.

The budget, which has to pass through a Republican-controlled legislature, proposes $143.1 million dollars in total for higher education initiatives and $286 million from the State General Fund to be distributed to public universities by the Kansas Board of Regents as they see fit.

In a press release, Kansas Board of Regents Chair Cheryl Harrison-Lee said that she was excited about the opportunities this budget presented, saying that it allowed the Regents to continue flat tuition and increased need-based student financial aid.

“We’re excited that the budget includes a boost for our capital renewal initiative, IT infrastructure enhancements, increased funding for two-year colleges and support for a partnership with the Department of Commerce to grow the state’s economy through competitive grants,” Harrison-Lee said.