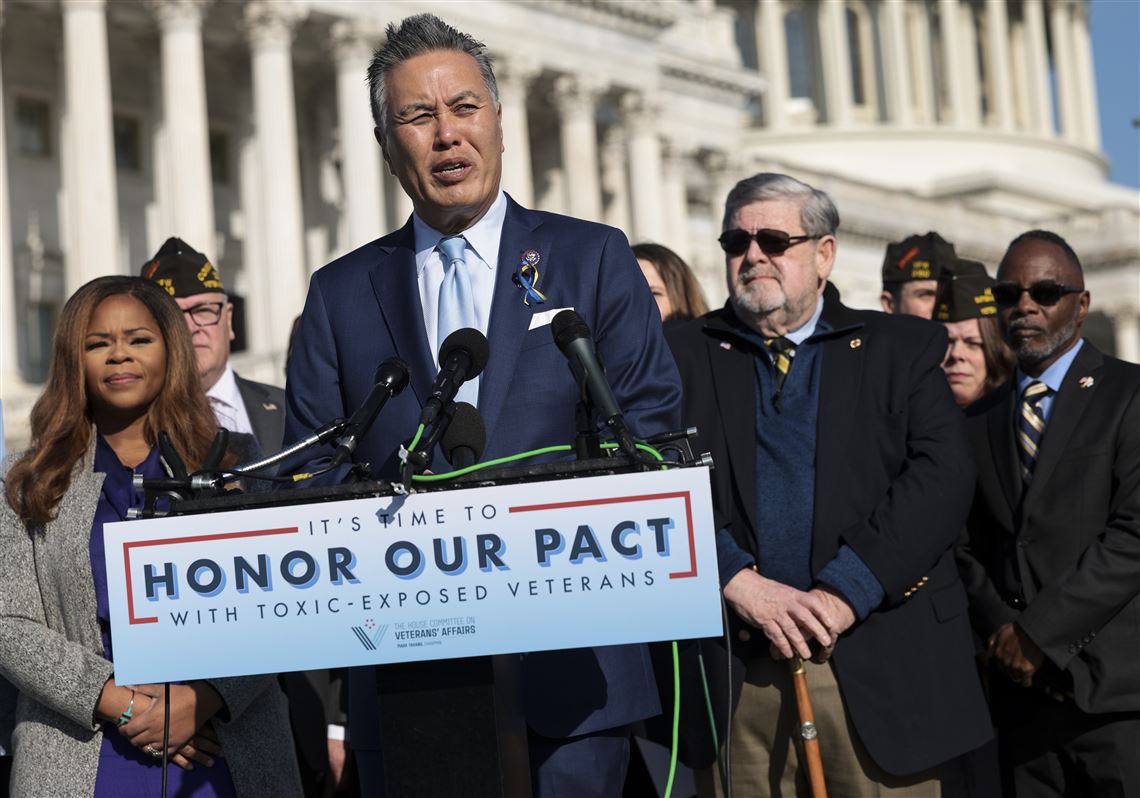 The House voted 256-174 Thursday to pass a bill that would overhaul benefits for veterans exposed to toxic substances during their service, but the many differences with the Senate version of the measure raise questions about whether it has a chance of being enacted into law.

The bill received support from 34 Republicans despite the criticism from most of their party members that it was too expensive.

“It’s a cost of war,” Ms. Pelosi said at her Thursday news conference. “For the Republicans to go to the floor and say their veterans really don’t want this help with their health because it’s going to cost money and they’re more concerned about the budget … than they are about their health, oh really? You just gave tax cuts in 2017 to the richest people in America. Tax cuts for the rich, cancer for our veterans.

Jana Kramer on divorcing Mike Caussin: ‘Let’s just say it was bad enough that I...