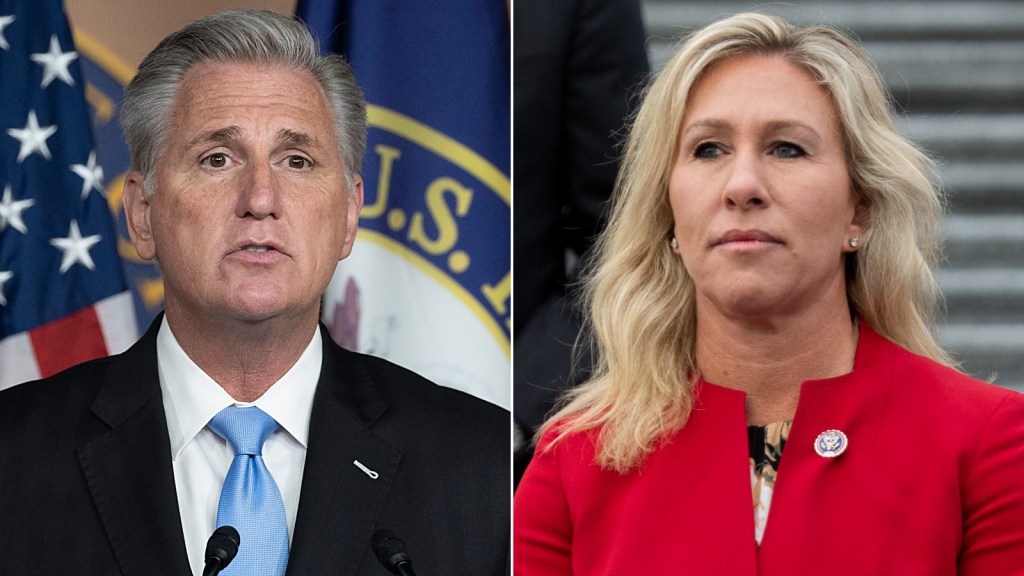 House Republican leaders have condemned incendiary remarks from GOP Rep. Marjorie Taylor Greene five days after she first publicly compared Capitol Hill mask rules to the Holocaust, amid a wave of criticism from Republican and conservative critics as well as Jewish groups aimed at the Georgia congresswoman and the party leaders’ silence.

“Marjorie is wrong, and her intentional decision to compare the horrors of the Holocaust with wearing masks is appalling,” House Republican Leader Kevin McCarthy said in a statement five days after Greene’s original comments and after she made similar comparisons Tuesday. “Let me be clear: the House Republican Conference condemns this language.”
The public condemnation from McCarthy and other prominent Republican leaders comes days after Greene made her initial comments, remarks she stood by Tuesday amid widespread criticism. It’s unclear what disciplinary action Greene would face as the House is out for several weeks and Greene has already been removed from her committee positions over previous offensive remarks that surfaced earlier this year. Some Democrats have floated the idea of censuring her with a vote, and at least one Republican has suggested expelling her from the GOP conference.