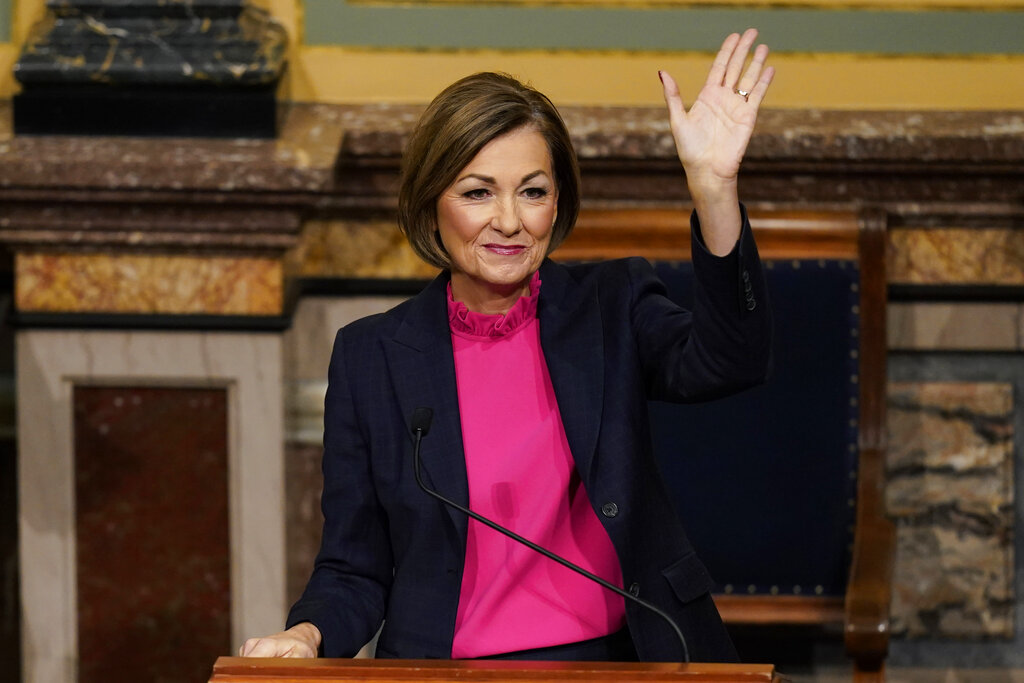 Republicans have released three plans to cut taxes in Iowa and all share the common themes of phasing in a flat personal income tax and eliminating taxes on retirement income at a cost of billions of dollars to state revenue.

Democrats and some progressive groups argue the changes would primarily help high-income residents and risk future budget problems, but Republicans respond that the state is simply taking in too much money and should return it to taxpayers.

Gov. Kim Reynolds was first to release her plan, which also cuts taxes on corporations. The Senate’s plan also cuts corporate taxes but the House’s proposal does not.

“It’s fair, it’s flat and it’s easy. It makes us more competitive. It helps Iowans keep more of their hard-earned money,” Reynolds said of her plan, which achieves a 4% flat rate tax in four years.

All three plans rely in part on sizable savings the state has amassed as federal dollars poured in to help states compensate for economic loss due the COVID-19 pandemic.

House fails to extend eviction moratorium ahead of 6-week recess