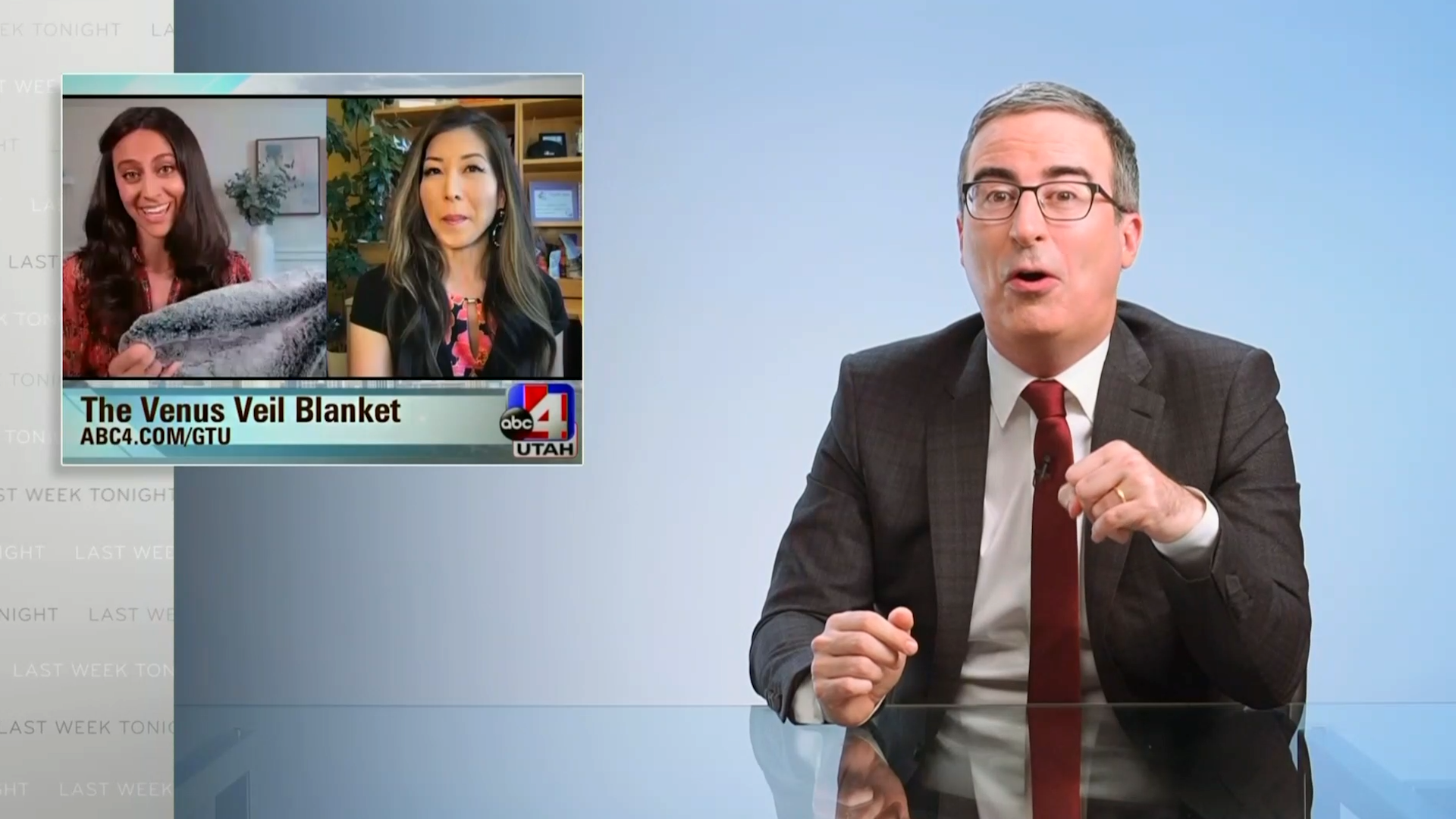 On Last Week Tonight With John Oliver Sunday, the main story was about sponsored content, and the dangers of allowing it on local news broadcasts, mainly because the tendency for viewers to put more trust in their local broadcast than they do in national news broadcasts. Sponsored content is often rife with misinformation, and, as Oliver showed, it’s incredibly easy and inexpensive to get it on television.

“We started a company called Venus Inventions, and created something called the Venus Veil, an absurd medical product based on technology that absolutely does not exist,” Oliver said. “We set up this website, and even hired an actress to brandigrate the s**t out of the Venus Veil into shows it had no business being on.”

While the Venus Veil was actually just a blanket, the actress the show hired made it sound like so much more when she appeared on the ABC affiliate in Salt Lake City, Utah.

“The Veil is being designed with the hope that it will precisely draw out the natural alkaline undercurrents of the vagina, and initiate a low-grade state of what we call micro-death, which sounds incredibly scary, but that’s actually just restarting that area’s natural life cycle,” the actress said. “It’s using this field of magneto-genetics I was talking about, and also a technology that’s been around for a really long time that was pioneered in Germany about 80 years ago. So this is full of cutting-edge technology, but it just looks like a blanket.”

Health gains at the IX Summit of the Americas