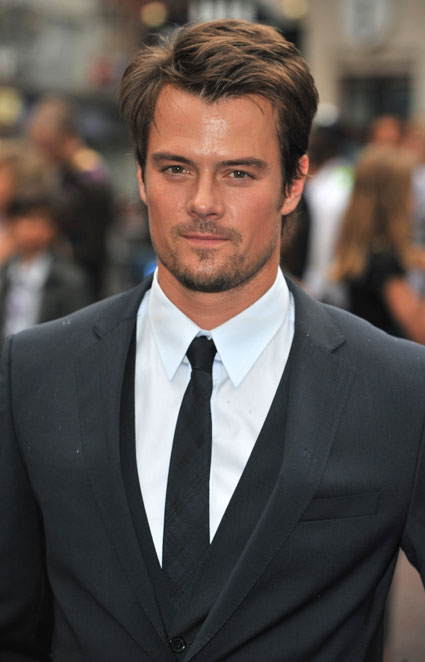 Josh Duhamel made it clear he wasn’t ready to let go of Jupiter’s Legacy after Netflix abruptly canceled the superhero series. Keep scrolling to see his message.

The 48-year-old star took to Instagram on Thursday, June 3 to lament the streaming service having canceled his superhero series Jupiter’s Legacy. The cancellation was announced on June 2, less than a month after Netflix launched the eight-episode first season on May 7.

Josh shared a shirtless selfie with the gray long hair and beard that he sports as Sheldon Sampson in the project based on the graphic novels by Mark Millar and Frank Quitely.

“When you get dumped by @netflix and have to put yourself back out there…. #sexysantasummer,” the star captioned his post. “What’s up, @hulu ?”

On June 2, Mark tweeted that Netflix would not be moving forward with more episodes. However, according to The Hollywood Reporter, Netflix has given a series order to Supercrooks, a villains-centric live-action show that is is set in the same world as Jupiter’s Legacy and is based on the comics series by Mark and Leinil Yu.

Nope, You Were Not Ready For These Hair and Makeup Moments From the Billboard Awards

How much more will your Oreos cost? Companies test price increases