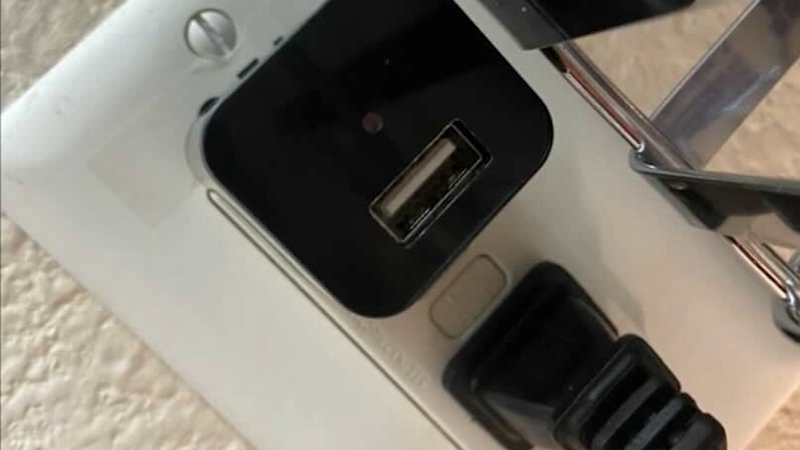 A man has been arrested and charged with putting a camera in the bathroom of an apartment he shared with a female roommate, but that’s not all.

Saman Shams, 39, is out of jail on a personal bond. He is charged with invasive visual recording, a felony, and unlawful installation of a tracking device, a misdemeanor.

Neither Shams nor his court-appointed attorney responded to ABC13’s request for comment.

“I’m still freaking out. I don’t know how long he’s been watching me. I’m really anxious and disgusted,” said the 23-year-old former roommate, who asked to remain anonymous.

According to court records, Shams put a camera in the bathroom at the apartment on Schumacher Lane, where the victim rented a room from him.

She said she discovered it last week just before she took a shower. It looked like a charger until she opened it up and found a SIM card.

“I took it over here and put it in a reader and saw pictures and videos of myself,” she said. “It’s weird and it’s creepy.”

readmore…
By clicking on Subscribe, I confirm that I have read and agree to the terms set forth in the Privacy Policy and Terms of Service including Early Journal’s ability to use and share my information and Early Journal, or third-party companies and business partners, may send me offers for products and services at the email address I have provided. I understand that my information may be supplemented with additional information obtained from other sources.

How pandemic changes to work can help ‘level the playing field’ for women, according to...