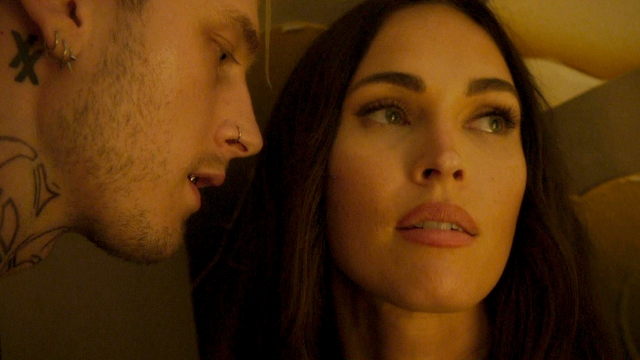 Megan Fox and Machine Gun Kelly’s chemistry is on display in the new red-band trailer for Midnight in the Switchgrass. The real-life couple, who met filming the thriller last year, steal the show in the newly released video. (Yes, she punches him in the face.)

“You belong to me. Do you understand what I’m saying? Now lift up that skirt,” Kelly’s character says before grabbing the actress. Fox’s character replies “No” and proceeds to kick his butt — in nothing but black lingerie.

Kelly and Fox fell in love on the set while she was separated from estranged husband, Brian Austin Green. They’ve made no secret to hiding their love, from social media to awards shows.

“I looked into his eyes [and] I felt the most pristine, most gentle, most pure spirit,” Fox previously said of their wild connection. “My heart shattered immediately and I just knew that I was f*****.”

Amanda Knox criticizes recent Britney Spears documentaries for not including the singer: ‘What is her...