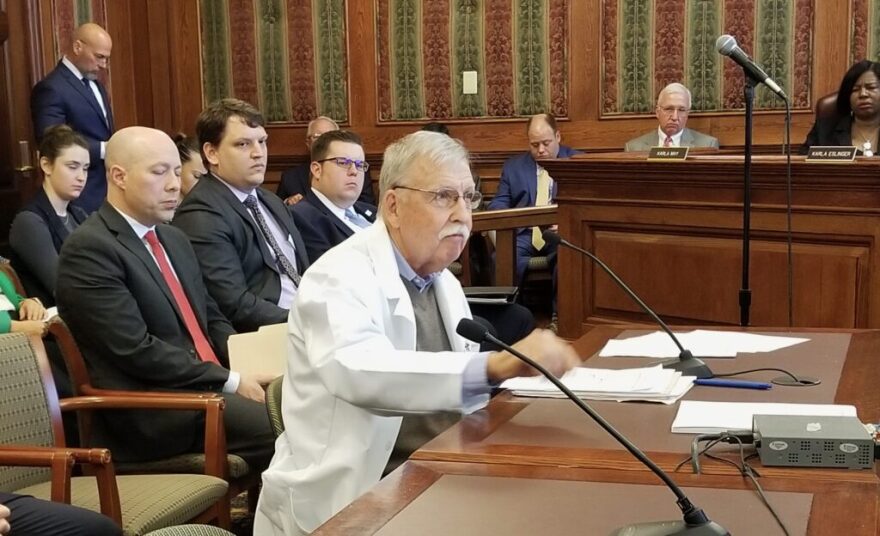 When the Good Samaritan Care Clinic opened in 2006 in Mountain View, only about 5% of the free clinic’s clients were eligible for Medicaid.

When it closed late last year, that number had risen to 70%, Dr. John Roberts, one of the clinic’s founders, told the Missouri Senate Appropriations Committee on Tuesday.

Medicaid expansion means the clients without health insurance served by the clinic now can find paid care, Roberts said, but if it is taken away, they will have nothing.

Roberts testified against a House-passed proposal that would add work requirements for people newly eligible because of Medicaid expansion and make portions of the Medicaid program subject to annual appropriations.

Many of the clinic’s clients, even if they remain eligible, would have trouble with additional paperwork requirements, Roberts said.

“It would be a massive problem,” he said. “We have some who still can’t read and write who came to the clinic.”

Missouri expanded eligibility for Medicaid to people ages 19 to 64 through a 2020 ballot measure after the Republican majority in the legislature fought it for nearly eight years. GOP efforts to prevent expansion extended to refusing to put the necessary funds in the budget, a move the Missouri Supreme Court overturned in July.