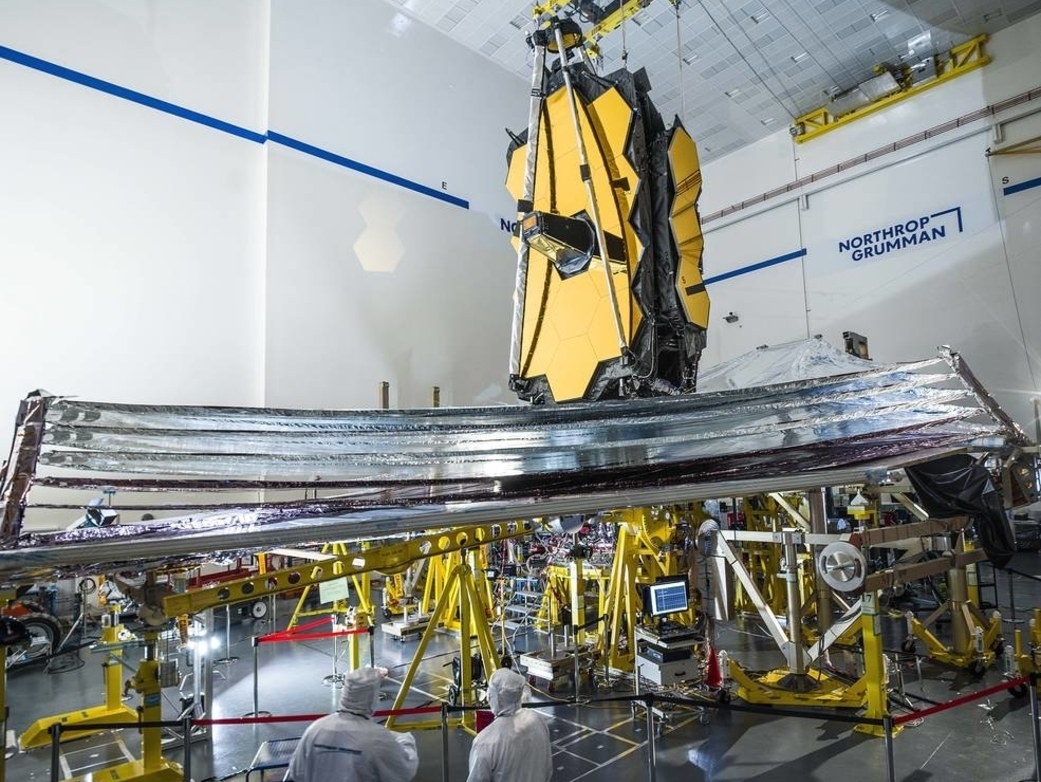 NASA’s James Webb Space Telescope passed a major milestone when it successfully finished deploying its enormous sunshield — a critical feature that will allow the floating space observatory to peer into the most distant reaches of the universe.

Team members in the Mission Operations Control at the Space Telescope Science Institute in Baltimore clapped and cheered behind face masks as they finished adjusting the final layer of the tennis-court-sized sunshield shortly before noon on Tuesday.

The $10 billion observatory, launched from a European spaceport in French Guiana on Christmas Day, is the most powerful telescope ever sent into space. It boasts a 21-foot mirror with roughly six times the light-gathering area of the Hubble Space Telescope. It’s so big that it had to be folded up like origami in order to fit into the Ariane 5 rocket that carried it away from Earth.

The telescope has been carefully unfolding in zero gravity since then. It’s a multi-step process, but unfurling and setting up the sunshield was considered the most complex part.

Why Did LG Eventually Say ‘Goodbye’ to the Smartphone Market?

Workers grapple with new stresses as they return to office

How to Compare Life Insurance Plans for Cancer Patients