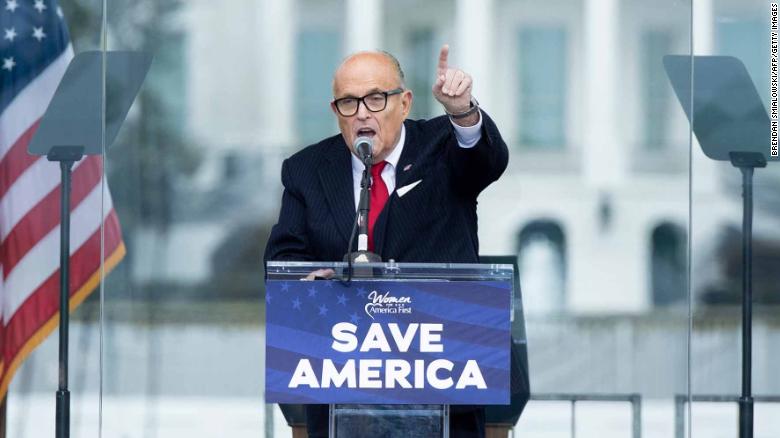 Federal prosecutors are investigating whether some Ukrainian officials helped execute a sweeping plan to meddle in the 2020 US election, people with knowledge of the matter told The New York Times.

The investigation out of Brooklyn includes scrutiny of whether Ukrainian officials used Rudy Giuliani to spread misleading claims about then-candidate Joe Biden in an effort to bolster then-President Donald Trump’s election prospects, the people told the Times.

News of the criminal probe, which began during Trump’s final months in office, highlights a more forceful approach from the federal government in addressing foreign election interference — an issue that’s been top of mind in Washington since US intelligence detailed an expansive Russian meddling scheme in 2016.

Giuliani is not the subject of the investigation, the people told the Times, which is separate from the Southern District of New York probe into whether he violated foreign lobbying laws by operating on behalf of Ukrainian officials when he sought the ouster of the then-US ambassador to Ukraine, Marie Yovanovitch.

BMW Orders Up $24 Billion of Batteries as EV Demand Grows