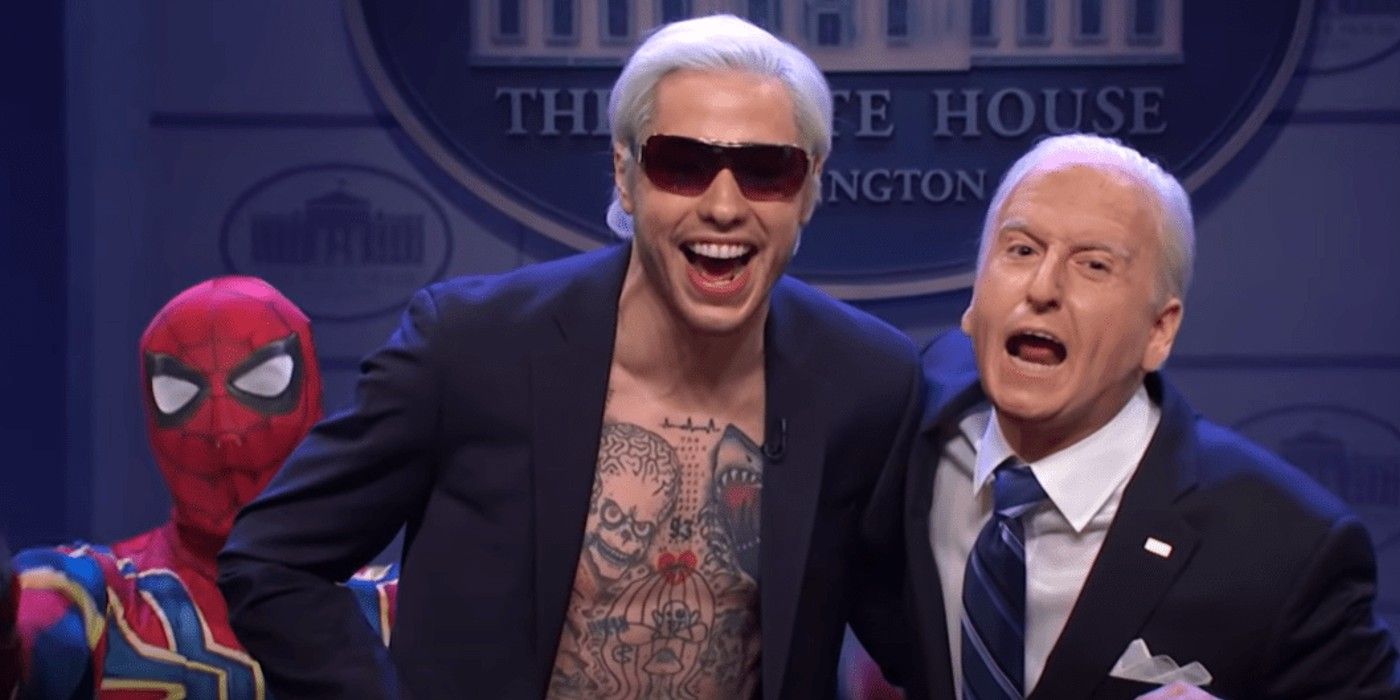 Saturday Night Live’s most recent cold open brought the multiverse to Washington, DC with a variant of President Joe Biden and a cameo from Spider-Man himself.

The nearly seven-minute-long cold open featured a message from Joe Biden (featured player James Austin Johnson), begging the American people to “stop seeing Spider-Man,” as he blamed the spread of the omicron variant of the coronavirus on Spider-Man: No Way Home. “Just think about it, when did Spider-Man come out? December 17.

When did every single person get omicron? The week after December 17. Stop seeing Spider-Man!” he said. By the end of the sketch, a variant of President Biden, played by SNL regular Pete Davidson, from the alternate “real universe” emerged from a portal with Spider-Man to welcome the audience to the rest of the show.

As the omicron variant surged following the release of Spider-Man: No Way Home in theaters, several surprise appearances from star Tom Holland and another unnamed actor at opening night screenings were canceled due to COVID-19 concerns.

Despite this, No Way Home has been consistently breaking previously established box office records since its release in theaters.

Mortgage rates have held steady in the face of the omicron variant — here’s what’s...