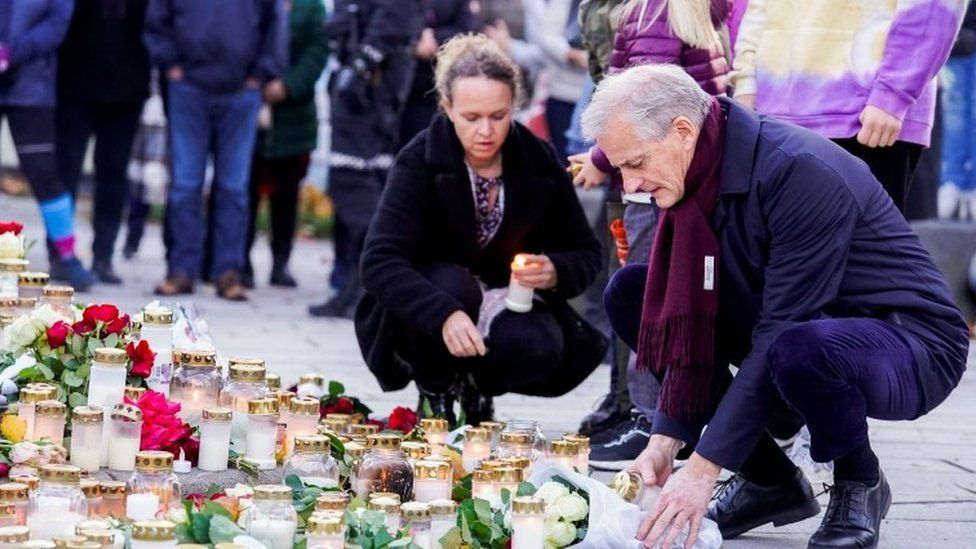 A bow-and-arrow attack that killed five people in Norway this week is likely to have been due to the killer’s mental illness, police say.

Espen Andersen Brathen has admitted going on a killing spree in the small town of Kongsberg on Wednesday.

It was the worst attack in Norway since far-right extremist Anders Breivik massacred 77 people a decade ago.

The suspect, a Danish Muslim convert, is now in custody in a medical facility pending a psychiatric evaluation.

“The strongest hypothesis after the first days of the investigation is that illness is in the background,” said police inspector Per Thomas Omholt.

However, police are investigating a range of motives including “anger, revenge, impulse, jihad, illness and provocation”, Mr Omholt said.

He added that Brathen had admitted to the killings but did not admit guilt.

A full psychiatric evaluation is necessary to determine whether Brathen can be held legally responsible for his actions. This could take several months.

“This indicates that things are not exactly as they should be,” said his lawyer, Fredrik Neumann, referring to his client’s mental health.