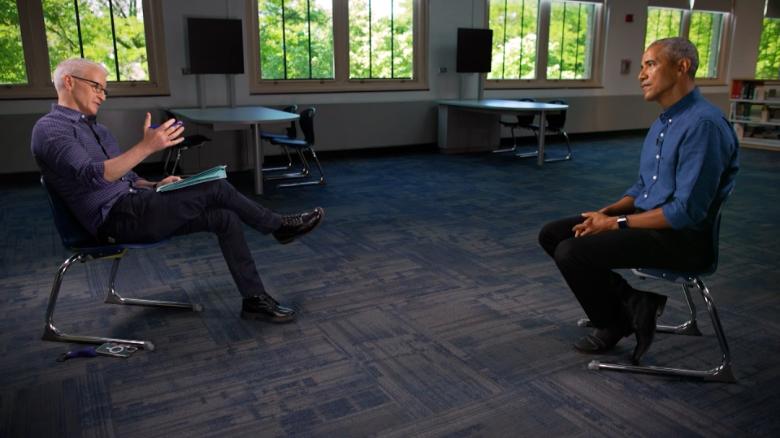 Former President Barack Obama said Republicans have been “cowed into accepting” a series of positions that “would be unrecognizable and unacceptable even five years ago or a decade ago,” telling CNN’s Anderson Cooper he is worried about the state of democracy in the United States in an exclusive interview that aired Monday.

Obama, in an interview that comes after his latest memoir, “A Promised Land,” was published in late 2020, said he never thought some of the “dark spirits” that began rising within the Republican Party during his tenure would get this dark and reach the epicenter of the party.

“We have to worry,” Obama said, “when one of our major political parties is willing to embrace a way of thinking about our democracy that would be unrecognizable and unacceptable even five years ago or a decade ago.”

The clearest example of this, Obama said, was the January 6 insurrection and how there are now “large portions of an elected Congress going along with the falsehood that there were problems with the election.” The insurrection at the US Capitol by Trump supporters came on the same day that 147 Republican lawmakers voted not to certify Joe Biden’s electoral victory in key states.