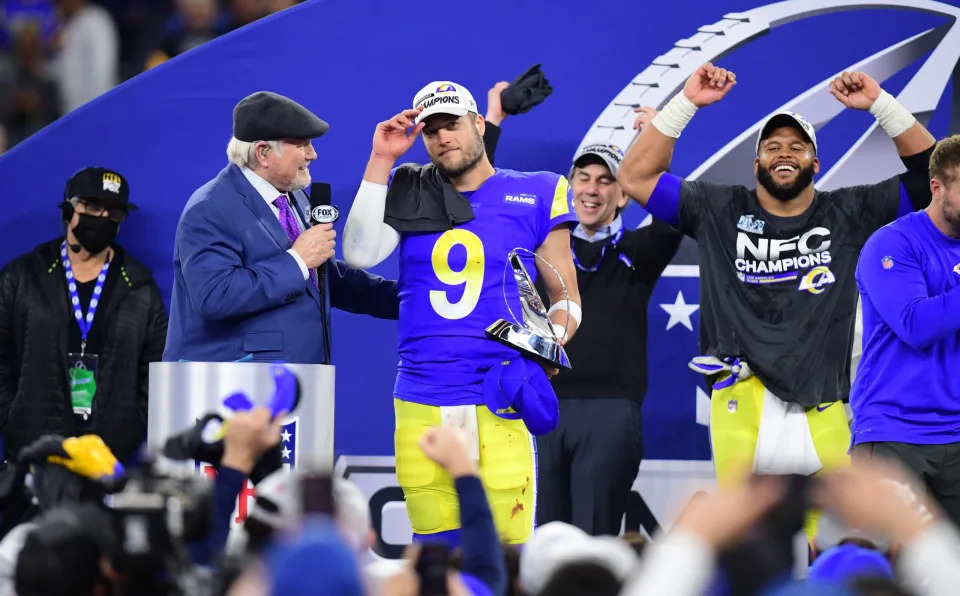 At the end of last season, the major headlines surrounded Matthew Stafford after the Detroit Lions. The Los Angeles Rams put a package that brought the Georgia product to sunny L.A. and is now competing in Super Bowl, but that was almost not the case.

Recently, Detroit Lions GM Brad Holmes confirmed that the Carolina Panthers were a top suitor in Stafford’s franchise-altering trade. According to a recent article from Charlotte Observer reporter Jonathan Alexander, the Panthers thought they had everything secured. Still, they were shocked to find out Los Angeles swooped in and essentially stole Stafford from them.

At this same time last year, during the Senior Bowl, Panthers brass were in talks with the Lions concerning Stafford because it was clear the Panthers wanted to upgrade the quarterback position after another disappointing season. In addition, it was clear the Panthers were through with Teddy Bridgewater after his failure to come up big in the most crucial moments, something Stafford has in abundance.

County’s refusal to certify the vote hints at election chaos