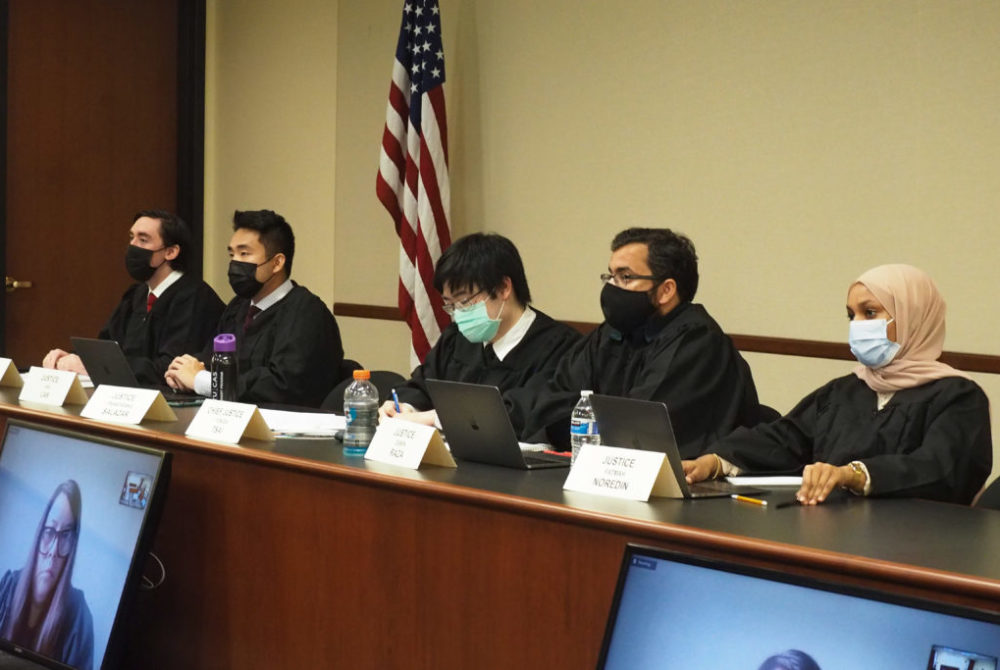 The chief justice of the Student Court released an order Friday extending the deadline for defendants to answer a complaint opposing updated finance bylaws.

The SA’s Office of the Legislator General field a complaint with the Student Court Monday against Student Association Vice President Kate Carpenter and SA Sen. Yan Xu, ESIA-U and the senate’s finance chair, alleging that updated bylaws allowing the finance committee to sanction student organizations are unconstitutional, arguing it violates due process and separation of powers.

Chief Justice Yun-Da Tsai, a third-year law student, granted a motion to stay the defendants’ response deadline until after the senate votes Monday on the Financial Reform Act, a bill that would address issues laid out in the complaint.

Tsai said in the order that if the senate takes any action on the bill, like passing or rejecting it, the defendants will have seven days to submit their answer to the complaint. He said the court will meet Sunday to determine whether to hear the case.

Why Tigress Financial Is Bullish On Verizon, AT&T

Neither #OscarsSoWhite Nor #OscarsSoMale — What A Difference A Pandemic Makes