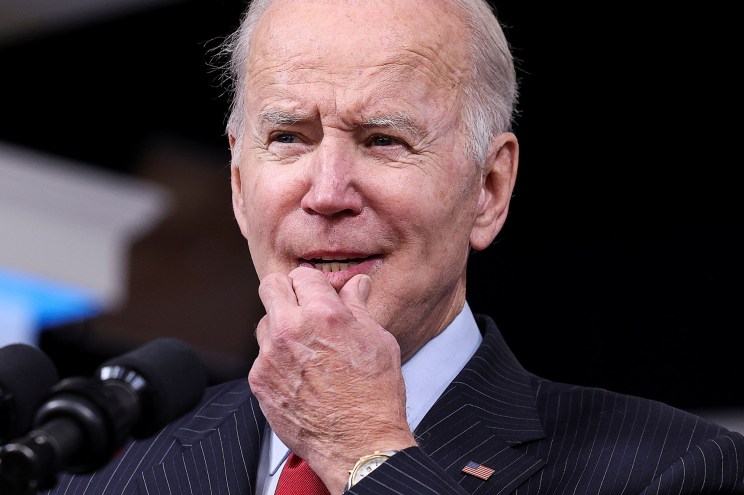 President Biden will celebrate Thanksgiving with his family in Nantucket — but if polls of his job performance and handling of issues like the economy and foreign policy are any guide, he doesn’t have much to be grateful for.

Biden’s average job approval rating stands at 41.6 percent, down sharply from the 54.7 percent average approval the president enjoyed in late May, according to RealClearPolitics.

“His average approval rating is around 41. There are at least three polls out there that have him in the 30s,” pollster John Zogby told The Post Wednesday. “So we’re looking at a significant double-digit drop in a matter of about five months or so. And on almost every front he’s not doing well.”