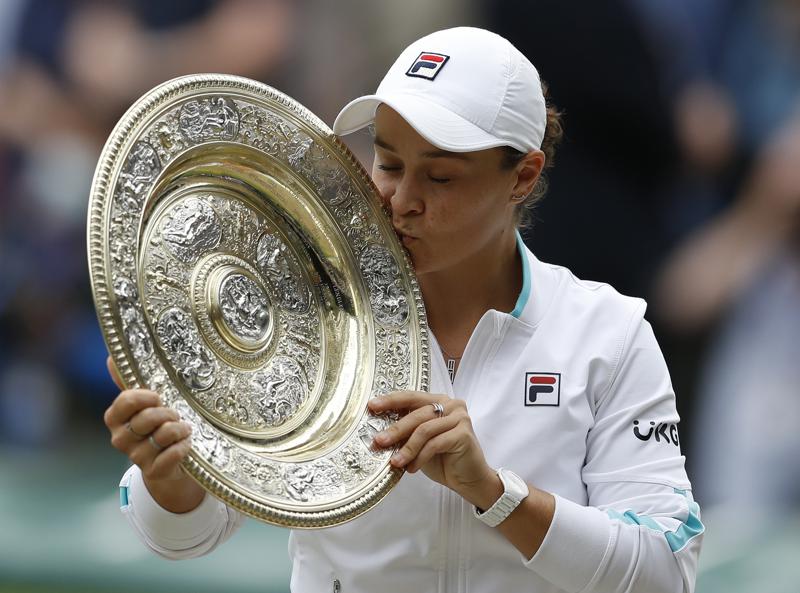 Ash Barty did things on her own terms as she won three Grand Slam singles titles and spent more than two consecutive years at No. 1 in the women’s tennis rankings.

She retired on her own terms, too. At the age of 25, just two months after winning the Australian Open title.

The announcement stunned the tennis world on Wednesday.

“I just know at the moment, in my heart, for me as a person, this is right,” Barty said, her voice shaky at times, during a six-minute video posted on her Instagram account Wednesday in Australia.

Saying it was time to “chase other dreams,” Barty, who announced her engagement to trainee golf professional Garry Kissick in November, said she no longer feels compelled to do what she knows is required to be the best she can be at tennis.

“It’s the first time I’ve actually said it out loud and, yeah, it’s hard to say,” Barty said during an informal interview with her former doubles partner, Casey Dellacqua. “I don’t have the physical drive, the emotional want and everything it takes to challenge yourself at the very top level any more. I am spent.”

McIlroy, Rahm and dreamers headline wild weekend at US Open

Kaseya says up to 1,500 businesses compromised in massive ransomware attack

Celebrities Make a Stand for COVID-19 Vaccines on TV Special