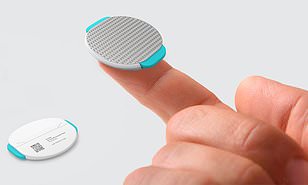 A transfusion of blood from runners could be a ground-breaking treatment for slowing down Alzheimer’s disease.

It’s thought that a cocktail of chemicals released in the blood after exercise has rejuvenating and protective effects on the brain; previous research has found those who exercise regularly are less likely to develop the condition.

Now doctors are giving monthly transfusions to around 60 people with early signs of Alzheimer’s in a year-long clinical trial led by the Norwegian University of Science and Technology.

Alzheimer’s disease is the most common cause of dementia — around 850,000 people in the UK have some form of dementia, and with an ageing population this number is predicted to rise to 1.5 million within the next two decades.

The exact cause of Alzheimer’s is not yet fully understood, although a number of factors are thought to increase your risk, including a family history and cardiovascular disease, as well as lifestyle factors such as obesity.

Newark to hold Independence Day fireworks show, but no vendors or entertainment