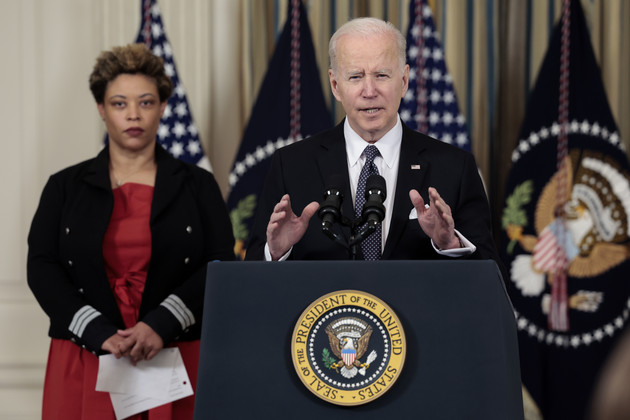 President Joe Biden appeared to reveal that the U.S. is training Ukrainian forces in Poland — stating for the first time since the war began that American troops are actively teaching Ukrainians to fight and kill Russians.

The United States has been providing billions of dollars in weapons and other assistance to Ukraine, with much of that aid going through Poland. The president spent part of last week in the country, meeting with U.S. troops stationed in the southeast and delivering a speech about the West’s unity in the face of Russian aggression.

But to date, the Biden administration has painstakingly made the case that that is as far as they’ll go. On March 22, Jake Sullivan denied that Americans were “currently” training Ukrainians. “We do, of course, have U.S. troops defending NATO territory,” he continued.

That’s not what Biden said Monday. After delivering remarks about the White House’s new budget request, Biden answered a reporter’s question about comments he made when meeting the 82nd Airborne in Poland, in which he implied American forces would be going to Ukraine.