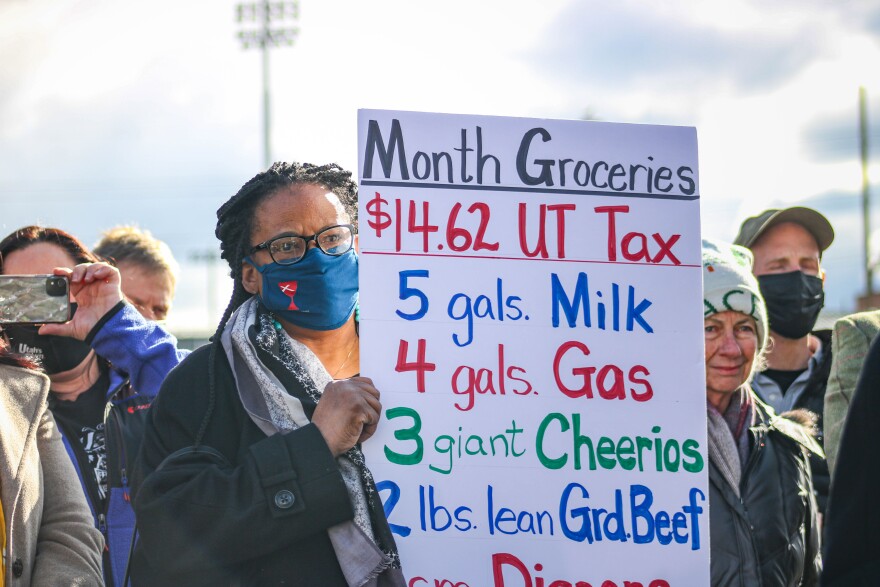 Behind them, cars were lining up in the Smith’s Ballpark parking lot to get free turkeys, and stuffing for Thanksgiving.

Earlier this week, Rep. Rosemary Lesser, D-Ogden, announced that she is sponsoring a bill that would eliminate the state tax.

She said low-income families or people on fixed incomes are disproportionately impacted and it takes up a big portion of their budget. One in 10 Utah households experience food insecurity, a report from the Utah Food Security Task Force found.

Right now the statewide grocery tax is 3% and more than half of that goes to the state.

“States have been attracted to a tax on food because it’s a steady stream of revenue,” Lesser said. “However, in the last two decades, more states have come to the conclusion that taxing essential items such as food is not a good choice for their population.”