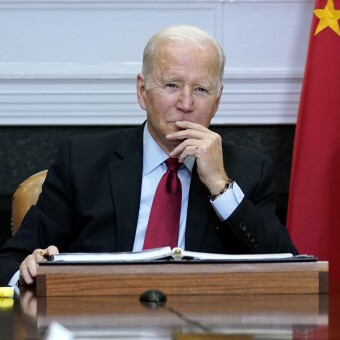 “Except the difference is we’re actually going to build stuff,” Landrieu added, a clear reference to past administrations that failed to pass bipartisan infrastructure legislation.

Under former President Donald Trump, multiple attempts to pass an infrastructure bill were promoted as “Infrastructure Week.” But no bill ever received bipartisan support.

The former New Orleans mayor outlined how in the 60 days after Biden signed the bill into law, the Cabinet and infrastructure task force convened six times — a seventh meeting is scheduled for Thursday — to plot out exactly how that $1.2 trillion should be spent over the next decade.

He added that his office had contacted all 50 governors in the country to discuss upgrades to roads, bridges, and airports, noting additional announcements in the coming weeks.

Some big investors loaded up on Peloton as stock tumbled

White House to upset purged Trump appointees: get over it