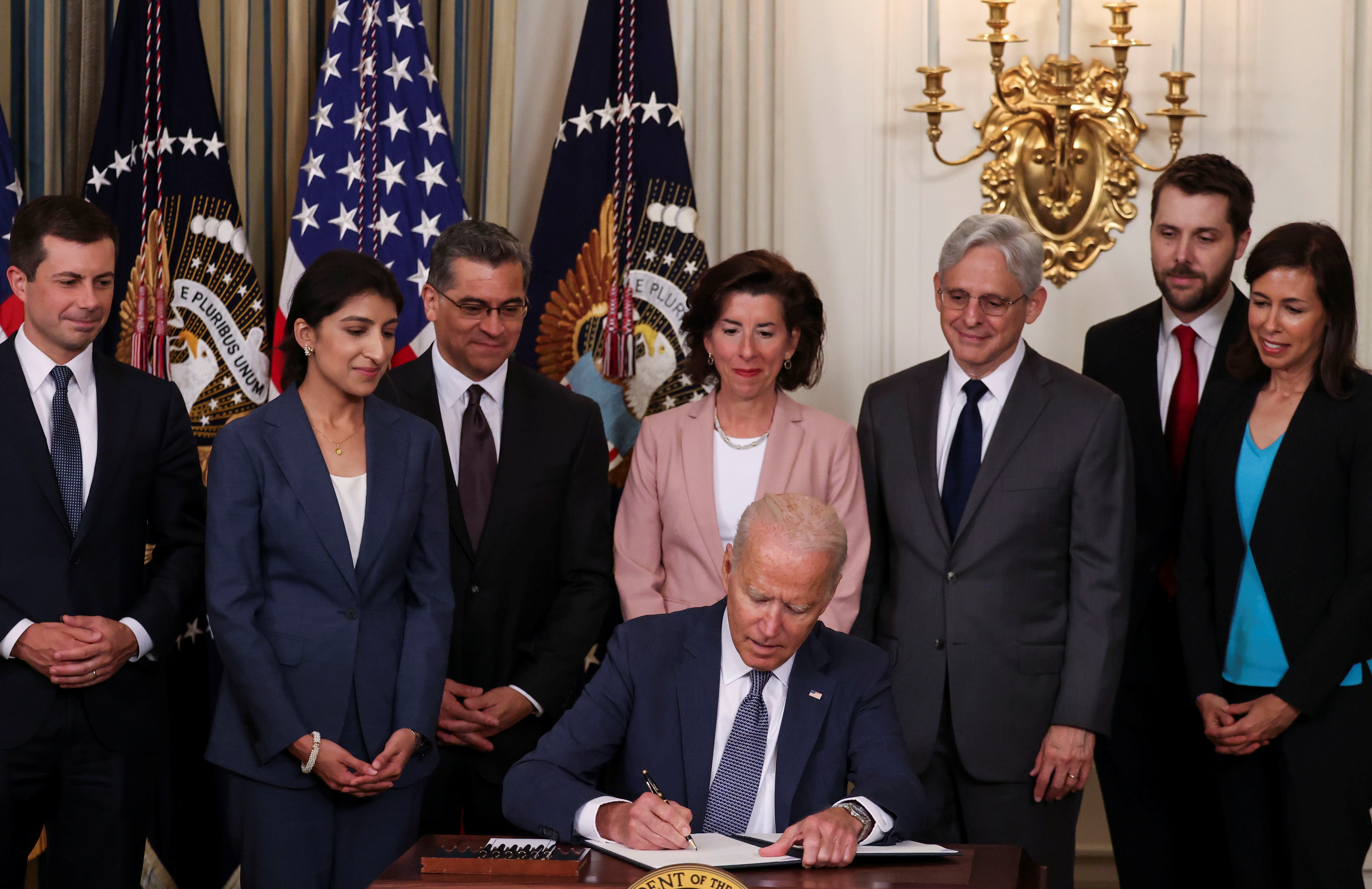 The White House is set to hold the second meeting of its Competition Council on Monday, federal agencies said on Sunday.

Officials from two federal agencies told Reuters about the meeting and that their departments planned to attend. The White House did not confirm the meeting would take place but said President Joe Biden would meet on Monday “with members of his administration on efforts to lower prices for working families.”

Biden signed in July a sweeping executive order to promote more competition in the U.S. economy, asking agencies to crack down on anti-competitive practices in sectors from agriculture to drugs and labor. That order created the council, which held its first meeting in September.

The order in July instructed antitrust agencies to focus on labor, healthcare, technology and agriculture. The White House has said the “lack of competition drives up prices for consumers and drives down wages for workers.”

The council is chaired by the head of the White House National Economic Council and includes a number of cabinet agencies including the Justice, Transportation, Commerce and Agriculture departments as well as the chairs of the Federal Trade Commission, Securities and Exchange Commission and Federal Communications Commission.