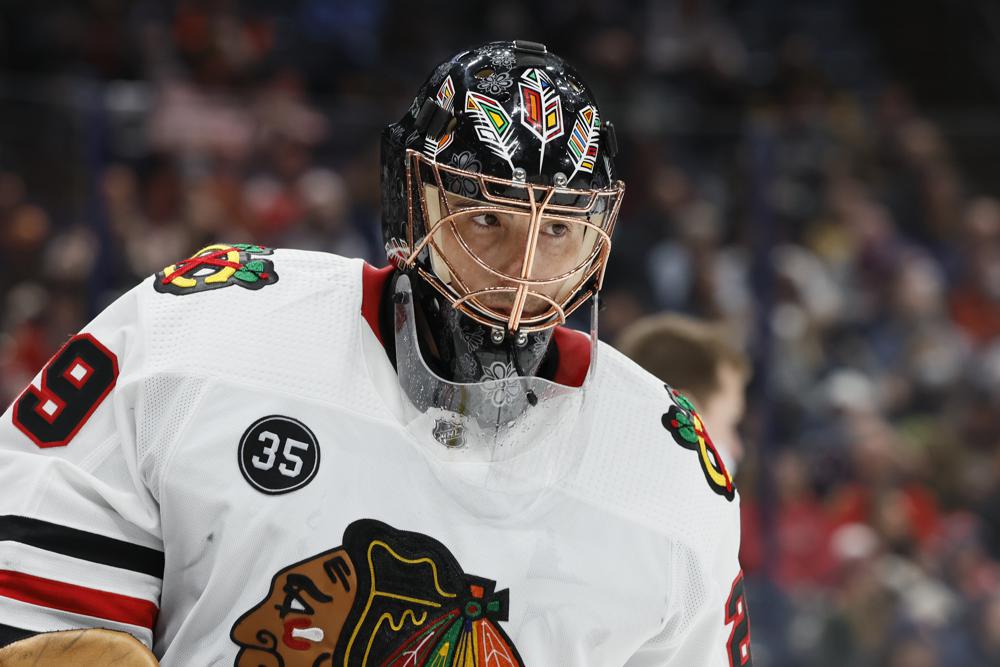 The NHL playoffs just wouldn’t be the same without Marc Andre-Fleury being somewhere in the mix.

Unable to backstop the retooling Chicago Blackhawks into contention, the three-time Stanley Cup-winner is headed to Minnesota to help the high-scoring Wild shore up their inconsistent goaltending issues for a late-season playoff push.

Minnesota gave up a conditional first-round pick in this year’s draft to acquire the 37-year-old Fleury hours before the NHL trade deadline on Monday.

Fleury, who last missed the playoffs during his first full season in Pittsburgh 16 years ago, jumps 10 spots in the Western Conference standings by landing in Minnesota where he will share the goaltending duties with Cam Talbot. The Wild opened the day sitting fourth overall — and third in the Central Division — in a tightly contested playoff race.

In acquiring Fleury, who won a Vezina Trophy a year ago with Vegas, Minnesota traded backup goalie Kaapo Kahkonen and a fifth-round draft pick to San Jose for defenseman Jake Middleton. Kahkonnen had a 12-8-3 record this season and was 0-5-1 with 21 goals allowed in his past six starts.

A$AP Rocky on Celebrity Cameos, Including His Girlfriend Rihanna, in New Documentary (Exclusive)

‘Lovecraft Country’ Will Not Return for Season 2 at HBO