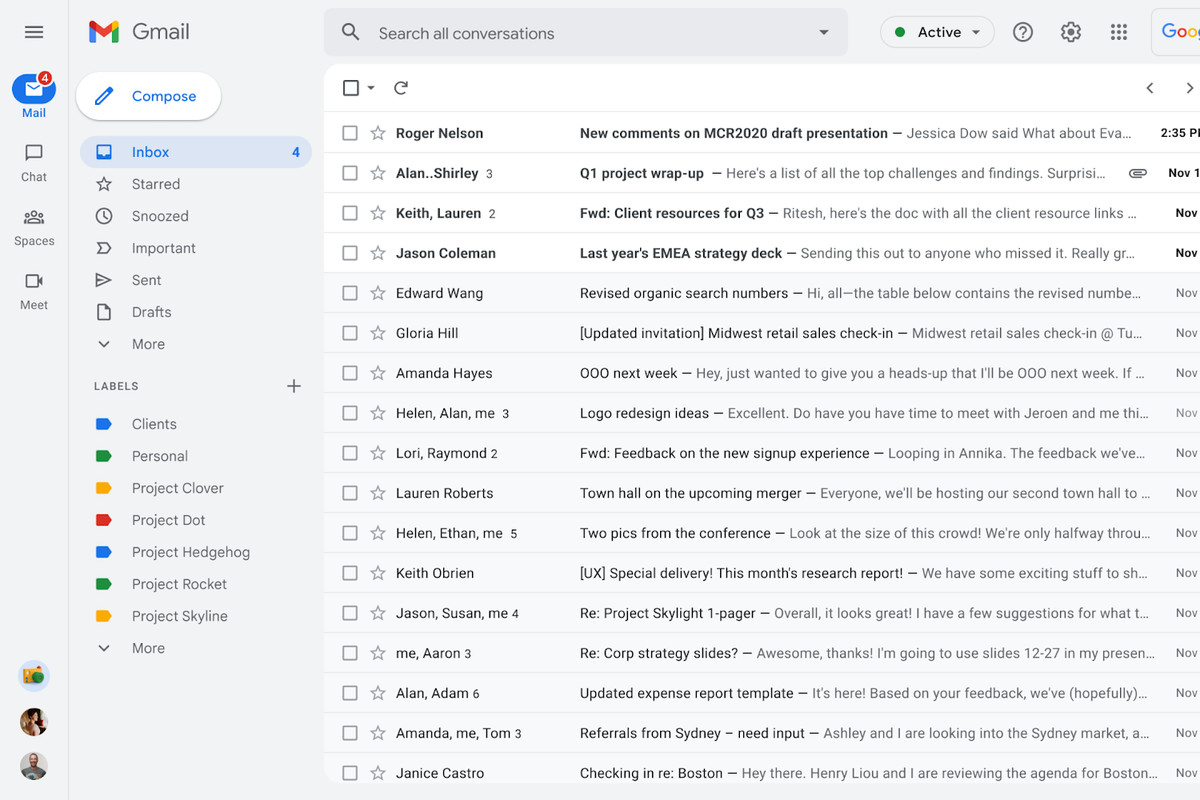 Google has announced that Gmail’s new layout, which changes how Google Chat, Meet, and Spaces are integrated, will be available to try starting in February; become default by April; and become the only option by the end of Q2 2022.

The view makes it so Google’s other messaging tools, which are part of (but not necessarily limited to) its business-focused Workspace suite, are no longer just little windows floating alongside your emails, but get their own screens in Gmail that are accessible with large buttons on the left-hand side.

Google calls this the integrated view, and it’ll soon be familiar if you (or your employer) are a Workspace customer. Starting February 8th, Google says you’ll be able to start testing the layout for yourself.

By April, anyone who hasn’t opted in (Google shows that there’ll be a prompt at some point, encouraging you to do so), will be switched over to the new layout, but will be able to switch back in settings. That option will go away by the end of the second quarter, according to Google, when the new layout becomes the “standard experience for Gmail.”

2 celebrities unveiled: The Crab and Seashell eliminated from Super 8 on The Masked Singer...

‘Ted Lasso’ finale: A coach defects, a player finds peace, and what to expect in...